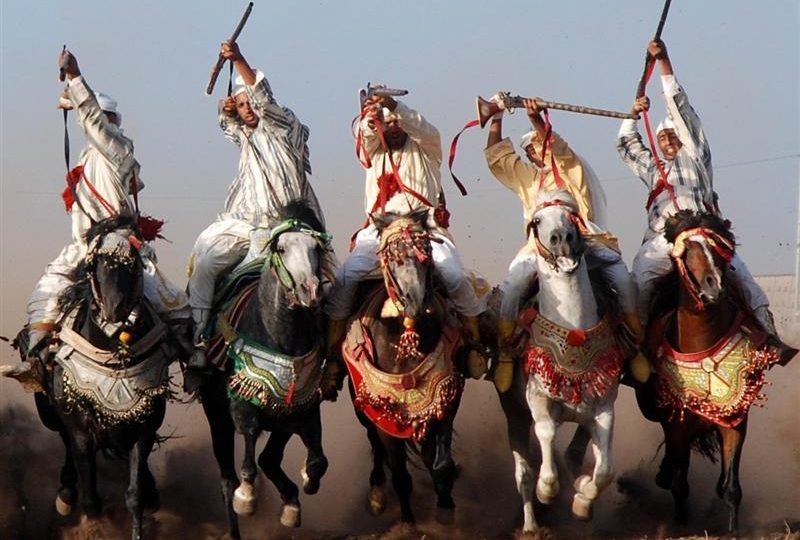 Owing its ancient name to its geographic location, Morocco, also known as Al Maghreb, meaning “the West” in Arabic, boasts a mix of indigenous Berber, Arab, African and European influences. Situated on the western tip of North Africa and the region’s only monarchy, the kingdom has been able to fashion its rich cultural heritage into a tolerant state. A comparatively pragmatic and inclusive approach to social and economic development has allowed it to sidestep the instability that has shaken other neighbours in the region in recent years. A spate of modest political and governmental reforms, alongside a rapidly improving business environment, has allowed the country to expand its influence both in the Mediterranean basin and more broadly on the African continent.

Much of Morocco’s natural richness and variety stems from the country’s geographic location, on the north-western tip of the African continent. Sitting on a landmass of 710,850 sq km, the country has a vast coastline of 3500 km, which encompasses both the Atlantic Ocean to the west and the Mediterranean Sea to the north. Additionally, Morocco shares a total of 2018 kilometres of borders with neighbouring Algeria, the Spanish enclaves of Ceuta and Melilla, and the south.

The country’s political capital is Rabat, located on the northern Atlantic coast. Most of Morocco’s economic activity, however, is located in nearby Casablanca, the largest city. Other major urban centres in the country include Tangiers, to the north, which has long been a natural link for Morocco’s historic relationship with Europe; Fez, which was the former royal capital of the kingdom; Marrakech, a popular tourist destination at the foot of the Atlas Mountains; and Agadir, a coastal fishing and resort town in the south of the country.

The country can be divided into three distinct topographical zones. The north is mainly composed of grassy plains and has long been a steady base for most of Morocco’s agricultural production, followed by the Atlas Mountain range and the southern desert.

The highest mountain peak in the country and North Africa is Jebel Toubkal, which reaches 4167 meters above sea level, and is part of the High Atlas sub-range. A second mountainous area, the Riff, is located near the northern part of the country, close to the port city of Tangiers.

Weather patterns can vary immensely in specific regions, adding to the country’s diversity, which boasts everything from snow-peaked mountain chains in the winter and excessively hot expanses of desert. The coastal plains to the north are characterised by a Mediterranean climate. Yearly temperature variations are more accentuated in the interior of the country than its coastal areas. In Casablanca, for example, temperatures can range between 8º C and 17º C during the months of January and between 19º C and 25º C in July. The rainiest months are typically November through January, in opposition to the dry mostly summer period.

Although highly dependent on rainfall for its important agricultural sector, Morocco nonetheless has a diversified GDP mix, which also includes its bourgeoning tourism industry, textile production, high-end manufacturing for both the automotive and aeronautics industries, and IT services, which have benefitted from growth in the country’s outsourcing business over recent years. The World Bank expects the Moroccan economy to grow at 4.6% in 2015. Political and economic stability have allowed the country to sustain a relatively high level of growth over the years, aided in part by the kingdom’s increased cooperation with both its traditional European partners and new markets across sub-Saharan Africa. Crucially for a country wholly reliant on imports for energy products, inflation has been largely kept below 4% since 1996.

With none of the relevant oil or gas reserves that have benefitted other countries in North Africa, Morocco has traditionally been dependent on international market imports to cover its growing energy needs. However, a wave of interest sparked by discoveries in other areas along the Atlantic Coast of Africa has seen a number of international energy companies willing to bet on exploration alongside the kingdom’s waters for offshore drilling possibilities.

In 2013 American energy company Chevron was awarded prospecting rights, as was UK-based firm Cairn Energy. Kosmos Energy and BP started their exploration efforts in 2014, and another energy company, Gulfsands, was awarded exploration rights in April of the same year. The efforts to target oil and gas discoveries come on the back of a government policy to increase the role of renewable energy within the country’s energy mix, as well as to mitigate consumption levels by improving efficient energy consumption across both consumer markets and industrial sectors.

Morocco also has the world’s largest phosphate deposits at 75% of world reserves, according to the US Geological Survey. The resource is managed by the Office Chérifien des Phosphates, the state-owned company in charge of extraction and marketing of phosphates. Although only accounting for 20% of the world market in 2014, the company has plans to expand production from its current level of 34m tonnes to 50m tonnes over 10 years and increase its market share.

Agriculture has long been an integral part of the Moroccan economy, accounting for 16% of GDP in 2014, according to the World Bank, and employing up to 40% of the working population. Production is largely made up of cereals, citrus fruits, olives and grapes. Abundant resources are also found along the country’s coastal fishing areas, which are becoming increasingly important for the export of processed fish products. Major fishing ports and processing centres are located in El Jadida, Essaouira, Agadir, Safi and Larache.

The majority of the kingdom’s 33m people live close to the northern plains and cities along the Atlantic coast such as Casablanca and Rabat. Most of the country’s southern regions sustain desert climates, with fewer urban centres and a lower population density. In recent decades Morocco has witnessed an important population shift, with an increasing number of people moving from rural settings to rapidly growing cities along the coast.

Morocco’s intricate history, which witnessed different ethnic groups populating the territory over the centuries, gave rise to a rich and mixed human heritage. The country’s two official languages are Arabic along with – in the wake of a new ruling on the issue in 2011 – Tamazigh, commonly known as Berber. The Berber are the oldest indigenous inhabitants of North-west Africa prior to the Arab conquest, and Morocco’s mixed population, similar to other countries in the region, reflects this.

Although both languages utilise modern standard versions in their official use, Moroccans mainly speak a specific form of colloquial Arabic known as darija, which is a mix of Arabic with considerable French and Berber influences. The three major Berber languages spoken in Morocco are Tarifit, Tamazigh and Tashelhit. The latest population census, which took place in 2004, found that a third of the country’s population speaks Tamazigh.

French culture and language has left an undeniable mark on its former colony, with French being the most widely spoken European language. French is commonly used by the business community, the middle and upper classes, and is the choice for many Moroccans following higher education. Spanish, although not as prevalent as French, is commonly spoken in the northern-eastern regions of the country.

Islam is the official state religion, according to Morocco’s constitution, and Muslims make up 99% of the population. Almost all Moroccan Muslims follow Sunni Islam, considering themselves part of the Malekite rite, which remains the most prevalent of the four Sunni schools of jurisprudence in the Maghreb region. By title, the Moroccan king is regarded as the leader of the country’s religious community, and his titles, such as “The Defender of the Faith” and “Commander of the Faithful” are enshrined in the constitution. With nine out of 10 Moroccans typically pointing to religion as an especially important element in their lives, Islam plays a major role in society. Despite the country’s deep religiosity, Moroccan Islam is considered to be an especially tolerant form of the religion.

Morocco is also a mix of Berber, Arabic, African and European influences that have blended together to make a rich cultural identity. Across Moroccan cities it is common to see people wearing a variety of different clothing styles, from Western garments to the traditional djellaba, a hooded robe that is worn over other clothing in several North African countries. Away from the urban centres, traditional Berber clothing is more common, with women generally wearing coloured garments and ornate jewellery. Berber designs also permeate much of Morocco’s handicrafts, such as leather goods, carpets, blankets and silver jewellery. 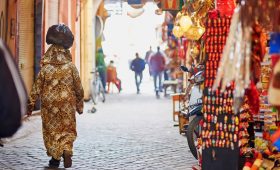 What festivals are celebrated in Morocco? 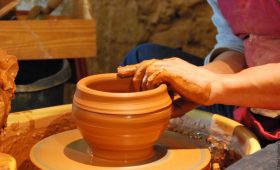